“I was amazed at what Rod had done.” — George Clayton Johnson 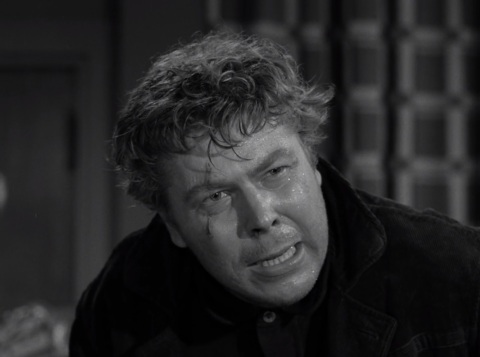 If you’re a Twilight Zone fan, you know the work of George Clayton Johnson. He wrote some of TZ’s most beloved episodes, including “A Penny For Your Thoughts”, “Nothing in the Dark”, and “Kick the Can”, which was remade for “Twilight Zone: The Movie”.

But even before he sold his first script to TZ, Johnson was contributing to the series. Rod Serling adapted two of his short stories for the first season: “The Four of Us Are Dying” and “Execution”.

I’ve already outlined how drastically Serling overhauled a story that Johnson called “All of Us Are Dying”. The changes he made for the then-unpublished “Execution” weren’t quite as extensive, but still — he made it uniquely his own.

Spoilers lie just ahead, of course. If you’ve never watched “Execution”, I urge you to check it out before reading the rest of this post. (It’s on disc, of course, as well as streaming on Netflix, Hulu and Amazon Prime.)

If you have watched it, though, you know it tells the story of Joe Caswell, a criminal who lived in the Wild West. When we meet him, though, he’s not about to do much more living. His neck is in a noose.

Before he drops, however, a very Twilight Zone thing happens. He disappears. Suddenly the judge and the reverend are staring at an empty rope.

Cut to the present (well, the present when the episode first aired, so 1960), and we see what’s happened: At what is obviously a most opportune moment, Caswell’s been brought forward about 80 years. He’s in the laboratory of a scientist who’s invented a time machine. Joe Caswell (played by Albert Salmi in the first of three Zone appearances) is his first subject.

The scientist, a professor named George Manion (played by future “Gilligan’s Island” star Russell Johnson in the first of two Zone roles), hopes to show Caswell the future world while learning about the past. But Caswell quickly demonstrates just how violent and dangerous he is. He argues with Manion, kills him, then escapes into modern-day New York City.

Not surprisingly, he’s bewildered by the modern metropolis, which looks and sounds much busier and louder than the Wyoming countryside he’s been plucked from. He stops in a bar and — thanks to an explosive reaction to a nearby jukebox and TV set — soon finds himself in trouble with the bartender, who calls the police.

Racing back to the laboratory, he’s shocked to find someone else there besides the poor, lifeless Manion: a crook named Paul Johnson who’d broken in after Caswell left, looking for something to steal. Their verbal confrontation soon turns physical. Caswell is killed (strangled, appropriately enough). Johnson wanders around the lab, steps curiously into the time machine, and bang, gets sent back to the precise time and location that Caswell came from.

The hanging party is naturally astonished to see another body turn up in the noose. As Johnson succumbs, they wonder how this could have happened. Is it the work of the Devil?

No, gents, it’s the work of the Twilight Zone. More specifically, the work of Rod Serling and George Clayton Johnson. So how much was changed in the transition from page to screen?

The backbone of the story is the same. Johnson’s tale stars with an aborted “necktie party”, the criminal is brought via time machine into the present, and it ends with a hanging. But the man in the noose is called Jason Black. Serling changed it to Joe Caswell. He also changed the name of the scientist. In Johnson’s story, he’s Dr. Miles, and he has an assistant named Nolam (yes, with an “m”).

Black immediately wants to explore the world beyond. Miles and Nolam try to convince him that he should stay in their lab for a while, but he manages to escape — and he does so without killing anyone.

Both Johnson and Serling describe how Black/Caswell is amazed by his new environment. “Jason is stunned by the bright neons flashing, the sweep of auto headlights, the sounds of horns, newsboys yelling, the sounds and sights of the city at night,” Johnson writes. In the episode, of course, we see Joe confused by this cacophony.

In the short story, however, he doesn’t wind up in a bar after that, but in a park, where he meets a sympathetic prostitute. She doesn’t know who he is or where he came from, but based on the fact that he’s on the run, she forms a quick bond with him.

“I know how it is to be bugged,” she says. “You try every way you can to make it, but it ain’t no use. They get you coming and going.” They talk some more, but Black is too suspicious to allow her to get close. He soon spots Miles and Nolam looking for him, and he runs — right into the path of a car.

Black awakens to find himself being lifted into an ambulance as Miles tries to talk a policeman into letting him and Nolam take custody of the wounded man. Miles then talks to Black, insisting that his only chance is going with him. Black, however, fills Miles in on his wanted status. Going back to the moment he left would mean instant death.

Spotting a nearby sporting goods store, Black escapes and arms himself. The prostitute reappears and tries to talk some sense into him, but his refusal to give himself up soon earns him a bullet from the policeman. As he’s dying, he disappears.

Miles, Nolam, the policeman and the prostitute are left wondering where Black went. The hanging party, by contrast, is wondering how he reappeared in the noose — sporting a fresh bullet wound, no less.

It’s an interesting and inventive story, but it’s clear that Serling has both simplified it and punched it up. Gone are the scientist’s assistant and the prostitute. In their place, we have the crook who kills Caswell, then winds up 80 years in the past, in a case of very swift cosmic justice. 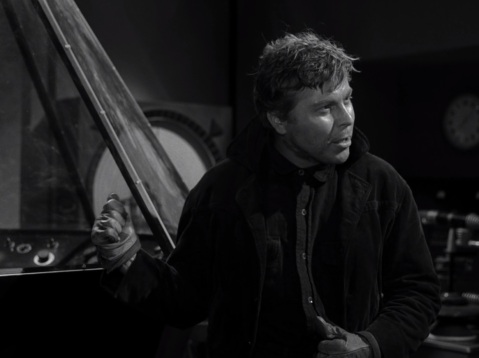 The prostitute who warms so quickly to Black is a nice touch. Her identification with him (she calls them “two of a kind”) adds some much-needed humanity to the story. But dropping that character enables Serling to enrich the characterization of Caswell. When Manion confronts him over his murderous ways, Serling gives Caswell an impassioned response:

Mister, you’re just talkin’ words! Justice, right and wrong. They sound good in this nice warm room and a nice full stomach, just a few feet away from a soft bed. They sound nice, and they go down easy! But you just try ’em on an ice-cold mesa, where another man’s bread or another man’s jacket stands between you and stayin’ alive.

You get in this machine of yours, and you go back to where I was, and you talk about your law and your order and your justice. They’re gonna sound different!

George Clayton Johnson was just as impressed with Serling’s work here as he had been on “The Four of Us are Dying”. Of the dialogue changes, he said simply, “That’s pure Serling, and that’s pure magic”. As for the structural changes, Johnson commented:

Rod took my idea and went off to the races with it. He had a remarkable knowledge of what would and wouldn’t work on television, and he took everything that wouldn’t work out of ‘Execution’. He worked like a surgeon; a little snip here, a complete amputation over there, move this bone into place, graft over that one. When he was done, my little story had grown into a television script that lived and breathed on its own.

It wouldn’t be long before Johnson was writing his own scripts, and — thanks to his openness to learning from Serling — doing a fantastic job of it. Talk about a fine “execution”. 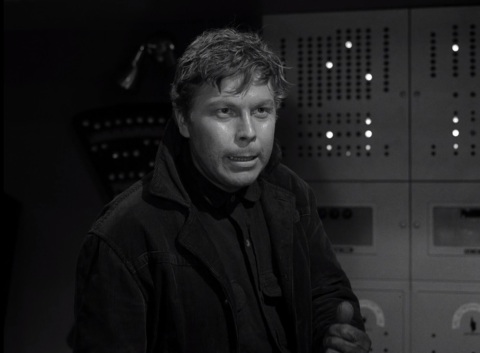