The Rise of the Machines: A Human-Less Workplace

Headlines are supposed to catch your eye, and this one certainly did: “He’s one of the only humans at work — and he loves it”.

I’m sure any fellow Twilight Zone fan can imagine what episode I immediately thought of. Images of Robby the Robot behind a desk in the closing shot of “The Brain Center at Whipple’s” suddenly filled my mind. 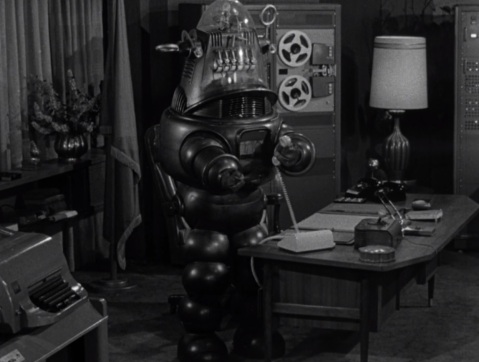 The article in question focused on Zou Rui, an engineer at a factory in Shanghai, China, and one of the humans mentioned in the headline. He works for JD.com, an e-commerce company that is “one of the most automated in the world,” the writer tells us.

“Analysts say it’s a peek at the future of manual work in China and beyond — a place where a chosen few tend to the machines, while most workers have been rendered obsolete.” Um, “obsolete”? Now I’m really getting a TZ vibe. And not in a good way. END_OF_DOCUMENT_TOKEN_TO_BE_REPLACED

“It’s an adaptation of what has been called one of the most terrifying modern fantasies ever written.” — Rod Serling on “It’s a Good Life”

One key to being a good editor is knowing what to change — and what to leave alone. Change for the sake of change is a rookie mistake. 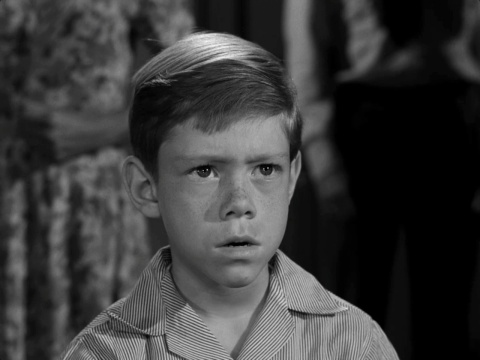 Rod Serling knew that well. When he bought the rights to a story for use on The Twilight Zone, he did exactly what was necessary to make it work for television. No more, no less.

Sometimes — as with “And When the Sky Was Opened” and “The Four of Us Are Dying” — that meant making some pretty drastic changes. Other times — with, say, “To Serve Man” — he presented the written story a bit more faithfully.

In the case of Jerome Bixby’s “It’s a Good Life”, it was more than a bit. Bixby had already provided a very visual story, so Serling transferred much of what we find on the page to the screen.

But he did make a few interesting changes. END_OF_DOCUMENT_TOKEN_TO_BE_REPLACED