Finding a Second Chance in the Fifth Dimension

Few Twilight Zone fans are surprised to see episodes like “Nick of Time” and “Eye of the Beholder” on my personal top 10 list. But “A Passage for Trumpet”? Where did that come from? 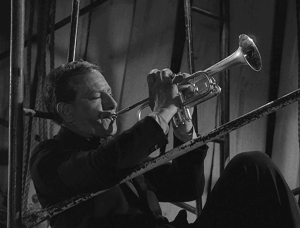 Not a typical favorite, to be sure. But the part of my brain that enjoys homicidal dolls and dystopian futures sits right next to a strong sentimental streak. In short, I love the redemptive side of TZ.

Something about seeing some poor individual who thinks his existence is pointless learning that he has worth and value really touches my heart. You can bet a marathon programmed by me would include “The Changing of the Guard”, “Night of the Meek” and “Mr. Denton on Doomsday.”

“A Passage for Trumpet” certainly falls into this category. So I wanted to take a moment to highlight it before World Suicide Prevention Month comes to a close. END_OF_DOCUMENT_TOKEN_TO_BE_REPLACED

Serling’s Imitators Miss a Key Reason for His Success

Why do so many attempts to emulate Rod Serling fail? People have tried over the years to duplicate the success of “The Twilight Zone,” and it nearly always falls flat. Why? 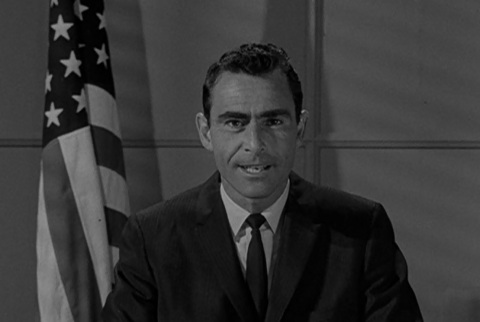 Many writers and producers make the mistake of assuming that a weird story, or a clever twist, is all you need. But as I’ve tried to show in several previous blog posts, it’s not that simple.

And I recently read something that reminded me of another major reason Serling succeeded: his optimism.

Now, don’t get me wrong. Serling was a realist who leveled some devastating social critiques throughout his career. The author of “The Shelter“, “Deaths-Head Revisited” and “The Monsters are Due on Maple Street” clearly wasn’t wearing rose-colored glasses.

But unlike many modern writers, he clearly intended to pull us back from our worst excesses. A man who saw unspeakable horror in World War II, saw the Cold War at its hottest, and lived through a time of high-profile assassinations, knew that while men and women possess a lamentable capacity for evil, they also have a capacity for good. END_OF_DOCUMENT_TOKEN_TO_BE_REPLACED