Fan of Scary Stories? So Was Rod Serling. Here’s Why He Thinks We Like Them

Most of us enjoy a good scary story. Something inexplicably draws us in and makes us enjoy being frightened — at least if it’s in a controlled environment, like a book, a movie, or a TV show. The question is, why?

It’s a question that Rod Serling pondered as well. Check out the introduction to “Rod Serling’s Triple W: Witches, Warlocks and Werewolves”, a collection of 12 short stories (by other authors) published in 1963. It’s no longer in print, so I thought I would share his words with fans who might enjoy hearing his insights into the nature of fear:

I am unabashedly and admittedly an admirer of horror tales. If this makes me psychiatrically suspect, my guess is that I share an almost universal affliction. Of all human responses to stimuli, there is probably none quite so commonplace (and so difficult to admit) as the very human fascination for the weird, the grotesque, even the horrible.

Assuredly, it must be this fascination that grips the 10-year-old child watching a spooky movie, forces him to plaster small hands across eyes at particularly horrendous moments but then pries two fingers apart for a quick peek at the very thing that frightens him most.

Our responses to this kind of “fright motive” seem to undergo a metamorphosis as we take on years. The child is afraid of the shadowy attic and the gloomy cellar. He is wary of the dark corner and the closed closet. His is the formless fear of the unknown, the unexpected; the indistinct wraith that waits to pounce. END_OF_DOCUMENT_TOKEN_TO_BE_REPLACED

Even if you’re not a big fan of “Rod Serling’s Night Gallery”, you have to admit: The gallery concept was pretty cool. 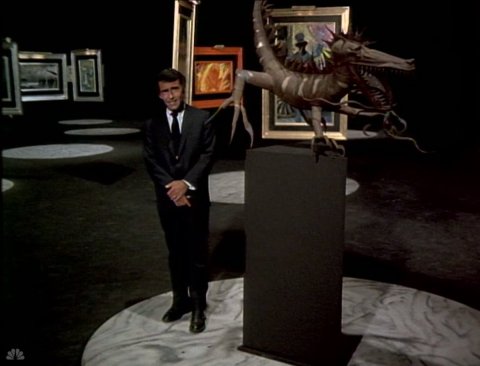 Watching our host walk among these bizarre canvases and shadowed sculptures as he introduces each story is a great framing device. It’s enough to make you wish there really was such a place.

There isn’t, of course, but I’m happy to tell you that we’ll soon be able to enjoy the next best thing: a glossy, hard-cover volume with high-quality reproductions of every painting that appeared on the show (and even a few that didn’t).

Titled “Rod Serling’s Night Gallery — The Art of Darkness”, it’s coming to us from Scott Skelton and Jim Benson, the same duo who over 20 years ago brought us the definitive behind-the-scenes book on the series, “Rod Serling’s Night Gallery: An After-Hours Tour“. Every work that artists Tom Wright and Jeroslav Gebr created is included. END_OF_DOCUMENT_TOKEN_TO_BE_REPLACED

Filming TZ’s “Where is Everybody?” Went Smoothly — Minus One Costly Mistake

Not many TV shows get off to a solid start. Even ones that go on to become classics need time to get the formula just right.

That wasn’t the case with The Twilight Zone. “Where is Everybody?” proved to be an ideal introduction to that land of shadow and substance. But that doesn’t mean it had a trouble-free production. 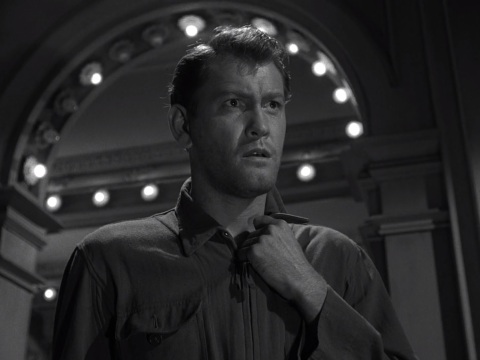 Just ask Earl Holliman. In a 1987 interview that’s excerpted in “The Twilight Zone Encyclopedia”, he recalled:

It was a joy to do, except the first day. It was very cold on the universal back lot, and it’s hard to do scenes all by yourself — you’ve got nobody to play off.

We were working very hard, starting early in the morning, and now it was dark. We were just about to quit when I heard the camera operator say “Uh-oh.”

It seems that he had forgotten to do something, and we didn’t have one single useful foot of exposed film. That whole day was for naught.

I went home feeling terrible. It turned out I had a 102° fever. When you watch the pilot, you’ll see that I sound very hoarse in those first few scenes. That’s not character work, that was me being hoarse.

END_OF_DOCUMENT_TOKEN_TO_BE_REPLACED

Tags: Earl Holliman, Twilight Zone, Where Is Everybody?

As I’ve mentioned before, Twilight Zone fans, we’re lucky: We have many options when it comes to watching our favorite show.

I usually recommend that people stream TZ, or watch it on disc, rather than catch it in reruns on Syfy or MeTV. The main reason: the rerun episodes are cut, often quite significantly. For pity’s sake, Syfy has been known to edit out the transformation scene at the end of “The Howling Man”!

But I know of at least one episode on Netflix with a cut. And it’s a glaring one. 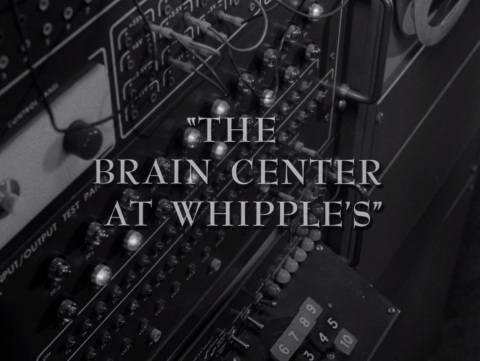 It comes about halfway through “The Brain Center at Whipple’s“, the man-versus-machine story that comes late in Season 5. You may recall that Mr. Whipple (played with pitch-perfect obnoxiousness by Richard Deacon) has been modernizing his factory in an alarming way: installing computers that replace workers. Not surprisingly, his employees are unhappy about the way his fanatical adherence to efficiency is leaving them jobless.

In the scene in question, one worker — the foreman, Mr. Dickerson — is drunkenly telling Mr. Whipple off on the factory floor: END_OF_DOCUMENT_TOKEN_TO_BE_REPLACED

I’ve run into some surprises in my series of “Re-Zoning” posts, which compare the scripts Rod Serling adapted for The Twilight Zone from other writer’s stories to the original works themselves. But I wasn’t ready for what I found when I read “The Valley Was Still” by Manly Wade Wellman. 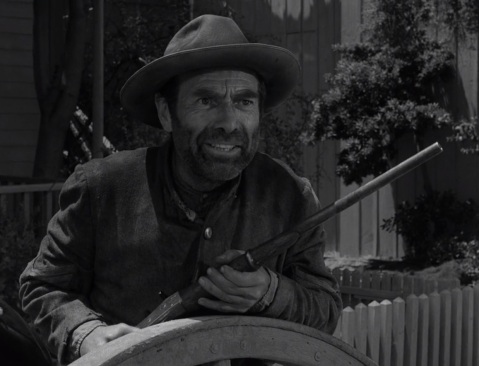 Serling’s version, given the more concise title “Still Valley”, came early in Season 3. It also aired only seven weeks after another Civil War-themed episode, “The Passersby”. And in Season 2, let’s not forget, “Back There” covered the Lincoln assassination. Why Serling’s sudden interest, fans sometimes ask, in the so-called War Between the States? Because the country was in the midst of observing its centennial then.

Besides, the conflict, which pitted brother against brother, provided a perfect backdrop to some of Serling’s most common themes: How do we fight for something, and why? How far are you willing to go to achieve victory?

Anyone who’s watched “Still Valley” knows by the end how far Joseph Paradine, an advance scout for the Confederate army, is willing to go. He wants to win, but not at any cost. (And if you haven’t watched this one, you may want to fix that before rejoining us. Spoilers ahead, naturally.) 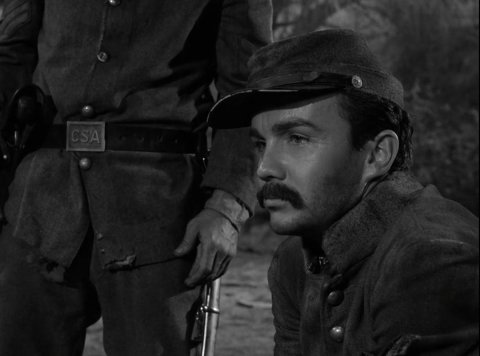 Fans usually recall this episode as one of TZ’s famous “statue” episodes — ones that featured numerous cast members standing perfectly still, as if they were statues. We see this: END_OF_DOCUMENT_TOKEN_TO_BE_REPLACED