A Perditious Poll: Who’s the Best Devil on Twilight Zone?

“Please allow me to introduce myself,” goes the opening line of “Sympathy for the Devil.” An introduction is especially important if you’re a Twilight Zone fan. After all, the fifth dimension is home to no fewer than four different people claiming to be the Prince of Lies. 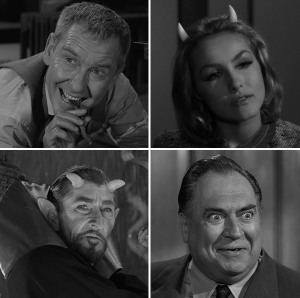 But which Beelzebub is best? That’s up to you. Not that it’ll be an easy choice. Each performance is a solid one, making this a diabolically difficult decision. In chronological order, we have …

He may be going by the name “Cadwallader,” but when his newest client says, “You’re the Devil,” Gomez’s character gives a wicked grin and replies, “At your service.” You want immortality? Just sign the dotted line, relinquish your soul … and enjoy. END_OF_DOCUMENT_TOKEN_TO_BE_REPLACED

Even before The Twilight Zone premiered, Rod Serling said that his new series was one for storytellers. He followed through by recruiting some of the best ones around to contribute their most imaginative work. 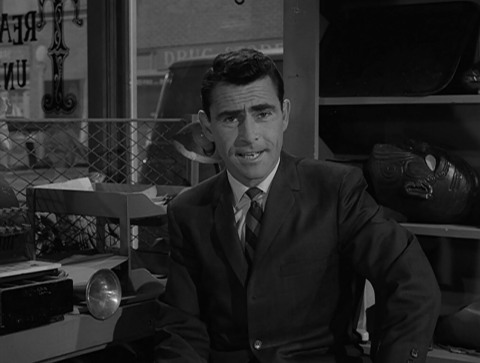 Richard Matheson and Charles Beaumont, of course, lead the list. But several other noteworthy writers helped define that elusive fifth dimension — including Earl Hamner, Jr. That’s right, the man who would later be writing wholesome, gentle dramas on “The Waltons” broke into TV by spinning tales about deceptive witches, homicidal aliens and sentient automobiles.

In all, Hamner penned eight episodes, nearly all of which can stand alongside other fan favorites.

Yet his name rarely comes up when people mention their favorite TZ storytellers, leading Tony Albarella, editor of “The Twilight Zone Scripts of Earl Hamner,” to call him “the forgotten Twilight Zone writer.”

As you can see from the list below, it’s high time that changed. The purpose of this post is to ask a simple question: Which Hamner-penned episode is your favorite? Here’s a quick refresher. Click any title to watch the episode on Hulu. You can cast your vote at the bottom. END_OF_DOCUMENT_TOKEN_TO_BE_REPLACED

It’s Election Day, and I’m here to ask you to pick between a couple of dummies.

Oh, wait — this has nothing to do with the people running for office in your state or county. But I can understand the confusion! No, I’m asking you to pick your favorite of the two ventriloquist dummies that appeared on The Twilight Zone. 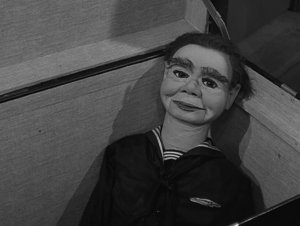 On the one hand, we have Willie. Likes: eye tests, dancing girls, upstaging his partner. Dislikes: rival dummies, being locked in a trunk. He starred with Cliff Robertson in “The Dummy.”

On the other hand, we have Caesar. Likes: pacing, larceny, talking to people like they’re idiots. Dislikes: dimwits, nosy club owners. He starred with Jackie Cooper in “Caesar and Me.” END_OF_DOCUMENT_TOKEN_TO_BE_REPLACED