“This is a series for the storyteller, because it’s our thinking that an audience will always sit still, and listen [to], and watch a well-told story.”

That quote by Rod Serling is from a short film made in 1959 to interest potential sponsors in buying ad time on a brand-new series called The Twilight Zone. It’s a telling remark — one that, I believe, offers a key insight into why the show succeeded, even beyond Serling’s expectations. It helps us understand why the show still appeals more than 50 years later.

In short, Serling had the formula correct from the start: tell a good story.

Think of an episode like a wheel. There is acting, directing, music, special effects. All of those elements are important, but they’re like the spokes of the wheel. They won’t work unless they’re attached firmly to something strong and well-structured: a hub. END_OF_DOCUMENT_TOKEN_TO_BE_REPLACED

Tags: A Penny For Your Thoughts, George Clayton Johnson, Nothing in the Dark, Rod Serling, Twilight Zone

“A Death in the Family”

On Sept. 22, 1971, NBC aired the second episode of Night Gallery’s second season. It was a strong hour for the series, anchored by two very effective tales scripted by Rod Serling: “A Death in the Family” with E.G. Marshall, and “Class of ’99” with Vincent Price.

Each deserves its own blog post, so I’ll use this one to highlight a particular aspect of the Marshall segment. If you haven’t watched it before, try the link below. And if you want to avoid spoilers, stop here, and then come back when you’re done.

Marshall plays an unusual undertaker named Jared Soames. Like many of us, he pities the cast-off members of society who come through his door for a charity funeral. But unlike many of us, he goes a macabre step further. He adopts those who have no family into his “family” — of corpses. Lovingly preserved, they populate a specially kept room in his basement. END_OF_DOCUMENT_TOKEN_TO_BE_REPLACED

A Trip Into The Past

What would The Twilight Zone be without time travel? So let’s go back for a moment to September 13, 2010. Yes, exactly two years ago.

That was the day a Rod Serling fan named Paul went looking for a Twitter page that paid tribute to the most imaginative TV series of all time. After all, you can find fan pages for some of the most obscure pop-culture obsessions imaginable. Surely there would be one exploring that “middle ground between light and shadow,” right?

Yet my search was largely in vain. There was one page, yes, but it simply posted rolling excerpts from Serling’s TZ intros, with no engagement with followers at all. (It also abruptly stopped on December 31, 2010.) Otherwise, zip — no official, nothing unofficial. Just the “vastness of space” that Serling describes in the TZ pilot.
END_OF_DOCUMENT_TOKEN_TO_BE_REPLACED

Being an unabashed fan of “Rod Serling’s Night Gallery,” I should be thrilled that it’s joining Me-TV’s regular fall schedule. And I am — with one reservation.

Simply put: The Night Gallery that the network will be showing is not the version that originally aired. It’s been edited, in some cases quite severely. 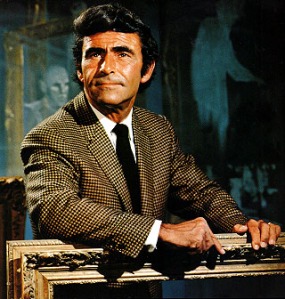 Here’s why. Night Gallery ran for three seasons. During the first two, each episode was an hour long. Only in its third season (when it was cancelled after 15 episodes) did it go to 30 minutes. By the end of its run, there were fewer than 50 episodes. END_OF_DOCUMENT_TOKEN_TO_BE_REPLACED