The best part of any Twilight Zone episode? Easy: Rod Serling’s introductions. They made even the so-so episodes better, and added an extra shine to the classics. 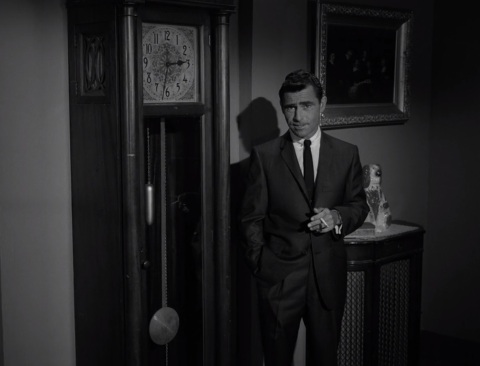 So I thought I would share with you a couple of intros that were, for all intents and purposes, lost: ones that Serling wrote and filmed to share “Walking Distance” and “A Stop at Willoughby” with British TV viewers.

They were part of a package that Serling and the rest of the TZ production crew assembled in early 1963 to get the series on the air in Britain. “A total of 14 [hour-long] episodes were planned, with the half-hours combined to form a similar theme for each week’s presentation,” writes Martin Grams in “The Twilight Zone: Unlocking the Door to a Television Classic“. They included:

Sounds like a great way to promote the series. Alas: “Despite all [the] preparation that went into the proposed series, the BBC telecasts never aired,” Grams notes. Why, I don’t know. END_OF_DOCUMENT_TOKEN_TO_BE_REPLACED

If you’re a Twilight Zone fan today, it’s hard to imagine a time when it wasn’t viewed as … well, as a work of art, really. As something that would go on to be enjoyed by generations of viewers. 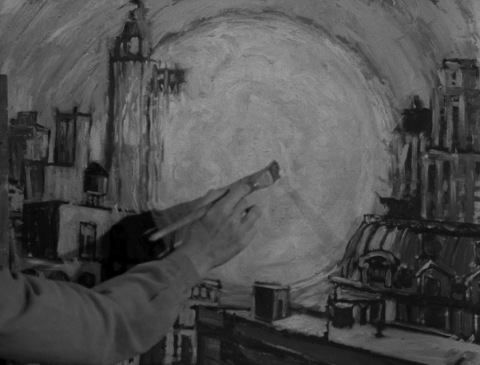 Not because people didn’t expect much from Rod Serling. Not at all. The man who had won three Emmys at that point for writing some of the live-TV era’s most celebrated teleplays was widely praised. It’s just that TV worked a bit differently back then.

I touched on that in my last post, which concerned my surprise that the man brought onboard to produce Twilight Zone in its fifth season greenlit “Caesar and Me” without realizing that the series had aired an episode about a ventriloquist dummy, back in its third season. How strange, I thought. How could he be unaware of any of TZ’s previous episodes? END_OF_DOCUMENT_TOKEN_TO_BE_REPLACED

“Caesar and Me”: How Twilight Zone Got a Second “Dummy” Episode

It’s one thing to know, intellectually, that The Twilight Zone first aired over 60 years ago. It’s another to come across a reminder of how differently people watched TV back then.

Sure, we know it was watched on smaller sets that lacked the whistles and bells we have now on our HD screens. But it was a different experience in other ways, too.

To see what I mean, consider something that Season 5 producer William Froug had to say about “Caesar and Me”, which first aired on April 10, 1964 — very close to the end of the series. 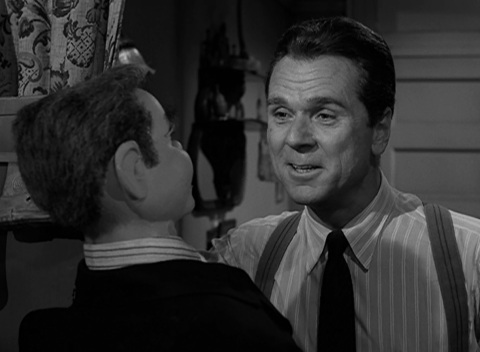 As Zone fans are aware, it’s the second (and widely considered the lesser) of two episodes involving ventriloquist dummies. The first, “The Dummy”, a memorably creepy one starring Cliff Robertson as a voice-thrower named Jerry Etherson, debuted near the end of Season 3.

“”Caesar and Me” was written by my secretary, Adele Strassfield, the only woman to write a Twilight Zone,” Froug said in an interview quoted in The Twilight Zone Encyclopedia. Few viewers suspected the writer was a woman, I’m guessing, since she was billed on-screen as “A.T. Strassfield”, but anyway, he continues: END_OF_DOCUMENT_TOKEN_TO_BE_REPLACED

Rod Serling wasn’t just an imaginative, award-winning writer. He was also a surprisingly quick one.

“He’d come in at 9, and by noon, he had completed a teleplay”, Twilight Zone‘s casting director once noted. “I had never seen anybody write that fast.” 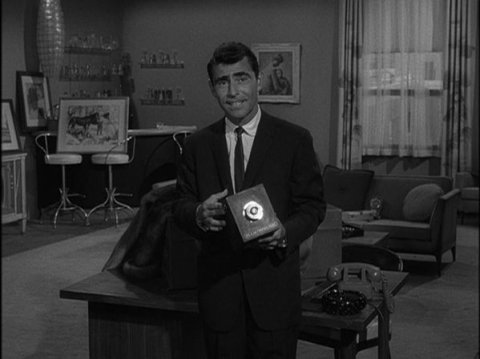 Small wonder, then, that Serling managed to crank out almost two-thirds of the show’s final output: 92 scripts, out of 156 total. He was a one-man machine, which makes the high quality all the more remarkable.

His scripts often ran long, though. That inevitably meant some cutting was in order. But you know what? I’ve found that many of his “lost lines” are as quotable as what wound up on the air.

Take a few lines from “Time Enough at Last”. They come as Henry concludes his argument with Helen, who has defaced and then destroyed his book of poetry. She asks him if he’s going to put on a clean shirt, and he replies: END_OF_DOCUMENT_TOKEN_TO_BE_REPLACED