Ring in the new year without The Twilight Zone? Most fans of the fifth dimension would sooner think a bad thought around Anthony Fremont.

No, we were all there, and fortunately, the Syfy channel didn’t disappoint. They ran a terrific slate of episodes this time. Sure, Season 4 was largely neglected, but the 87 episodes that DID make it were well-chosen. (Of course, it helps that TZ has so few duds.)

But even so, there were some solid episodes that didn’t make this year’s marathon. I’ve highlighted a few of them below. You can click on any of the titles to watch the episode in question on free Hulu.

If you were an astronaut who discovered people frozen like statues on some far-flung planet, how would you explain it? The trio of explorers who star in Charles Beaumont’s “Elegy” come up with quite a few theories, but it takes the only person who does move around — a 200-year-old robot caretaker, to be precise — to reveal the startling truth. END_OF_DOCUMENT_TOKEN_TO_BE_REPLACED

Sixty years ago today, a live teleplay by a writer named Rod Serling aired on the Kraft Television Theatre. It was called, simply, “Patterns.” 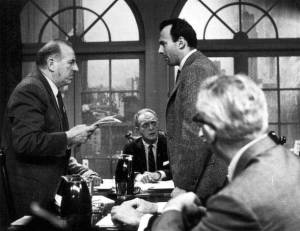 There was no reason to assume it would be special. But by the time it went off the air an hour later, Serling’s reputation as a writer par excellence had been born. As New York Times critic Jack Gould put it:

Nothing in months has excited the television industry as much as the Kraft Television Theatre’s production of Patterns, an original play by Rod Serling. The enthusiasm is justified. In writing, acting and direction, Patterns will stand as one of the high points in the TV medium’s evolution. 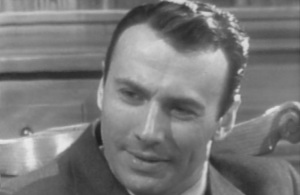 That’s pretty high praise. But as Gould said, it was indeed justified. He went on to call for a repeat performance — an unusual suggestion in that era. After all, it would mean reassembling the cast and basically staging it all over again. But on February 9, 1955, that’s exactly what they did. END_OF_DOCUMENT_TOKEN_TO_BE_REPLACED