← Is Black Mirror Truly a Modern Twilight Zone?
“More Than A Man Has Died”: Serling on Kennedy’s Death →

I know a lot of Twilight Zone fans (big surprise, right?), and many of them are excited about the fact that May 11 is “Twilight Zone Day.” 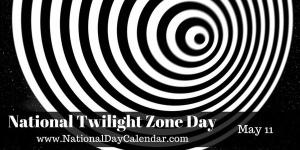 I guess you can tell from that opening that I’m not really one of them, right?

Not that I mind it. How could I? This blog, after all, along with the Twitter page that preceded it, is dedicated to the fifth dimension. I’m always happy for an excuse to fan over what I consider the most entertaining and thought-provoking TV series of all time.

Why? It’s simple, really: Because I don’t know why that date has become known as Twilight Zone Day. No one knows, and believe me, I’ve looked high and low. It just sort of … is. 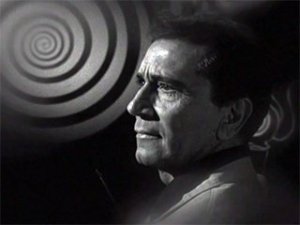 It’s not the date the show premiered (October 2). Or ended (June 19). Or anything else of particular note. The episode “Young Man’s Fancy” aired on that date in 1962, but it’s no classic, and even if it was, no one is claiming that’s the reason. Frankly, no one has an explanation.

The natural reply is, well, isn’t that kind of appropriate? TZ is a spooky show, filled with inexplicable occurrences, so perhaps it’s fitting that its “official” day be cloaked in mystery.

That still doesn’t satisfy me, though. I’m a huge fan of odd twists and enigmatic endings, but when it comes to things behind the camera? Not so much.

Another reason I’m not all that into the May 11, um, festivities? I think it’s because every day feels like Twilight Zone Day to me. Seriously! Not a day has gone by in the four and a half years since I set up my Twitter page that I haven’t paid tribute to Rod Serling’s work. 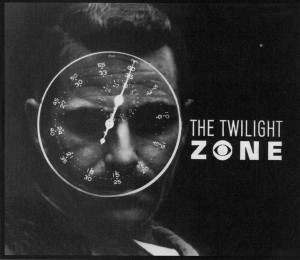 My counter-suggestion? Let’s designate October 2 as Twilight Zone Day. For my money, it makes a lot more sense to pay tribute to the series on the day of its debut in 1959.

It was the start of our journey into a land of “shadow and substance”. What better day to raise a glass to the great Rod Serling and thank him for serving as our tour guide?

Okay, I’m done being a wet blanket. For now, anyway. ;) In the end, what matters is TZ, not when you celebrate it. And if you’re bingeing on the best today, I hope you have a blast. Enjoy! :) 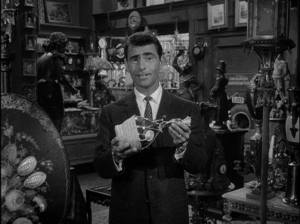 You can also get email notifications of future posts by entering your address under “Follow S&S Via Email” on the upper left-hand side of this post. WordPress members can also hit “follow” at the top of this page. Hope to see you in some corner of the fifth dimension soon!

← Is Black Mirror Truly a Modern Twilight Zone?
“More Than A Man Has Died”: Serling on Kennedy’s Death →