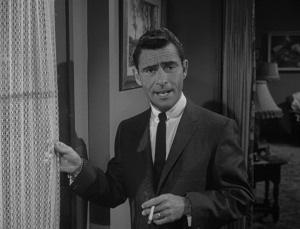 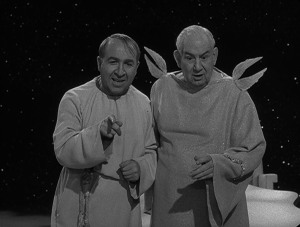 But for my money, the fifth-dimensional flops include: END_OF_DOCUMENT_TOKEN_TO_BE_REPLACED

Tags: A World of His Own, Cavender is Coming, Come Wander With Me, Eye of the Beholder, Four O'Clock, From Agnes--With Love, Mr. Bevis, Mute, Nick of Time, Night Gallery, Nightmare at 20000 Feet, One for the Angels, Perchance to Dream, Rod Serling, Showdown with Rance McGrew, Sounds and Silences, The Bewitchin' Pool, The Incredible World of Horace Ford, The Invaders, Twilight Zone, What's In the Box, Young Man's Fancy