← Rebooting the Twilight Zone — and Staying on Message
Catching “The Fever”: Where Serling Got The Idea →

I don’t intend to reproduce everything that was said there, but I’d like to spotlight a larger perspective on the show that I shared with Tom.

It’s this: Some fans love the reboot, while others hate it. And although no one has said it to me directly, I’m sure some of the second group are curious why a diehard fan of the original TZ would have anything good to say about the reboot. Fair enough.

First off, my praise hasn’t been unqualified. I’ve lodged a couple of critiques in my last two posts, and as you’ll hear on the podcast, I have a couple of problems with “A Traveler”. But I want to underline something I said on the podcast about the new series as a whole, so that people can understand where I’m coming from.

Coming into this reboot, I had what I call an “accidental advantage”. I began my Twitter page (my first foray into “professional Serling fandom”, for want of a better term) as a way to promote Night Gallery, not Twilight Zone, and I still quote Serling’s later series and share facts about it. So I’m used to having people who don’t know Night Gallery ask me if I think they should watch it. 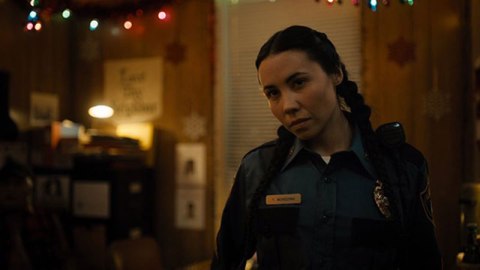 I always tell them not to approach it as “Twilight Zone 2.0”. Yes, it’s an anthology of weird stories hosted by Rod Serling, but despite this overlap, they’re not the same series. Go into it with no preconceived notions, I tell them, and you may wind up enjoying it. Sure, it’s no Twilight Zone — Serling’s crown jewel. But it’s a good series in its own right.

Well, I’ve found that the same advice applies to the new TZ. Look, as I explained in my last post, duplicating what came before is impossible. Rod Serling himself couldn’t do it. The original TZ, perfect in so many ways, was the product of deliberate and accidental forces that conspired to give us a TV show that was truly a work of art. It was lightning in a bottle.

So it all comes down to expectations. Go into this reboot expecting a series that picks up where the original TZ left off in 1964, and you’re bound to be disappointed. But watch it as one man’s attempt to do a TZ for 2019 (even if it’s not the TZ we ourselves would do), and you might be able to enjoy it, at least somewhat.

As I say on the podcast, it’s like giving your grandmother’s favorite recipes to a talented chef. They’ll taste close in many ways, but in others, they won’t be the same. There’s more cinnamon in the cookies. There aren’t enough walnuts in the brownies. And so on.

Like one review said, the new episodes are “built around themes rather than stories”. That may explain why they feel like TZ — and yet aren’t TZ, if that makes sense. So, in “A Traveler”, I could hear echoes of “The Monsters Are Due on Maple Street” and “The Shelter”, and yet I can’t pretend it’s on a level with those two masterpieces.

I realize this may sound like I’m splitting hairs and trying to avoid giving the new series a straightforward thumbs up or thumbs down, but it reflects my honest opinion. I’ve found things to enjoy about the new series, and some things I don’t like at all, so it’s impossible for me to just slap a grade on it and move on. 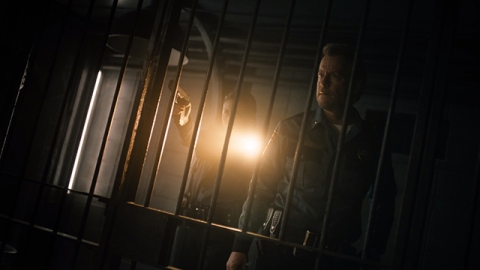 Anyway, if you’d like to hear more, check out the podcast and let me know what you think. And don’t worry: I know the advent of the new series has kept me from doing posts about the original series lately, but that’s only temporary. I have some good ideas lined up for posts that you’ll see very soon, so stay tuned.

← Rebooting the Twilight Zone — and Staying on Message
Catching “The Fever”: Where Serling Got The Idea →