← Spotlight on Season 4: “Passage on the Lady Anne”
Serling on Camera: Filming “the Star of the Show” →

From Reel to Real: “The Sixteen Millimeter Shrine”

The Twilight Zone has a pretty straightforward moral code. The evil are punished. The proud are humbled. The good are rewarded. The forgotten are remembered.

True, there are some exceptions. “Time Enough at Last,” for example, appears to be a prime instance of Fate punishing an innocent. The earthlings in “To Serve Man” did nothing to merit becoming “an ingredient in someone’s soup.” But by and large, you deserve the ending you get. 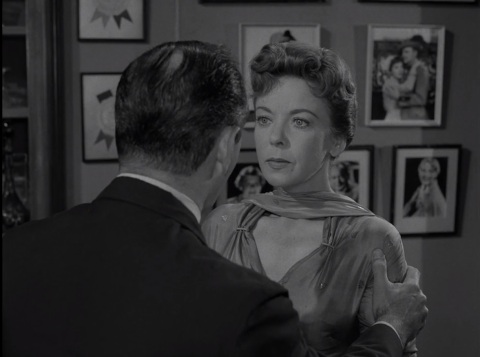 And then there’s “The Sixteen-Millimeter Shrine”.

It’s the earliest example in TZ of someone yearning for the past. It aired just before “Walking Distance”, which explored this theme so beautifully that it inevitably overshone its predecessor.

But Shrine‘s problem isn’t merely standing in the shadow of “Walking Distance”. I think this episode fails to really resonate with fans because the main character, Barbara Jean Trenton (played by the amazing Ida Lupino, who would later direct TZ’s “The Masks”), is a hard figure to sympathize with. 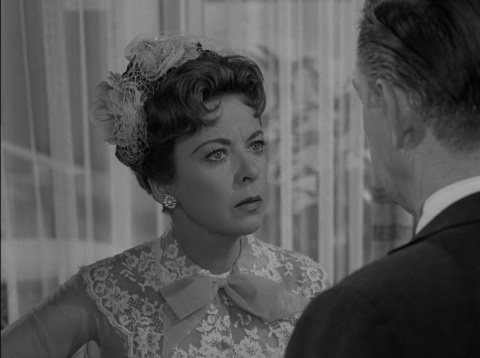 That’s not to say she’s outright unlikable. Far from it. Seeing this movie queen of the 1930s immersing herself in the celluloid past to try and ignore the passage of time (and the lack of star parts now coming her way) naturally arouses anyone’s sympathy.

It’s easy to see why someone who once enjoyed celebrity status would regard aging with a certain dread. Some professions are easy to grow old in, but acting? Hollywood is a notoriously fickle mistress, and no one seems to suffer from its relentless drive for “youth” more than women, sadly.

So who can blame Barbara Jean for shutting herself up in the screening room of her posh home and unspooling only the romantic parts of her peak years? Ignoring her devoted agent Danny (played by the great Martin Balsam, who would go on to star in TZ’s “The New Exhibit”) when he urges her to snap out of her funk and stop pretending it’s 1934? Or leaving untouched the tea and snacks prepared by her concerned maid, Sally? 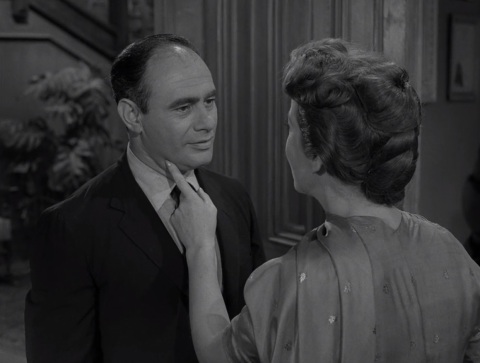 When Danny invites Jerry, one of her former leading men, over for a visit, and Barbara Jean is shocked at his aged appearance, we get it. (She didn’t have to be rude to him, though). And when movie-studio head Marty Sall labels her a “prima donna” and “an aging broad with a scrapbook”? Ouch.

But still — Sall didn’t say that just for fun. He had offered her a part in a new movie, only to have her reject it as “a sheer waste of my time”. Worse, she called him a “crude, tasteless man” whose only crime, apparently, was not handing her the starring role.

Barbara Jean has no intention of maturing gracefully. She retreats to her screening room, sees her and her former leading man on the screen, and approaches the image: 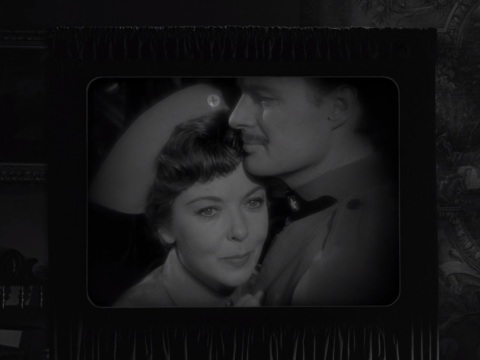 And, this being the Twilight Zone, it works! As Sally and Danny soon find out, Barbara Jean is no longer with the rest of us in the material world. By some miracle, she’s been transported up onto the silver screen — young and beautiful, happy once again with her old friends, safe in a cinematic heaven where it’s always the 1930s.

She even tosses a scarf in farewell to Danny as he pleads for her to come back. But then he quietly accepts her decision. “To wishes, Barbie,” he says with a smile. “To the ones that come true.” 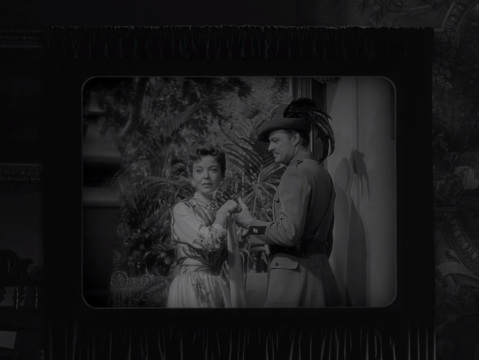 It’s not a bad ending, and Lupino plays the part perfectly. (In fact, she looks too good to play an over-the-hill star.) But I can’t help feeling that this episode would be a bigger fan favorite if Barbara Jean was a more likable character. If she were sweeter, perhaps, or somewhat beaten down, and/or if we saw her being ignored or mistreated, then her escape would feel more like a triumph. Instead, it’s like, “Well, that’s nice.”

But even though the episode itself is not a home run, we can count on Serling for a well-written intro and outro — and here he really knocks it out of the park. He begins it this way:

Picture of a woman looking at a picture. Movie great of another time, once-brilliant star in a firmament no longer a part of the sky, eclipsed by the movement of earth and time. Barbara Jean Trenton, whose world is a projection room, whose dreams are made out of celluloid. Barbara Jean Trenton, struck down by hit-and-run years and lying on the unhappy pavement, trying desperately to get the license number of fleeting fame. 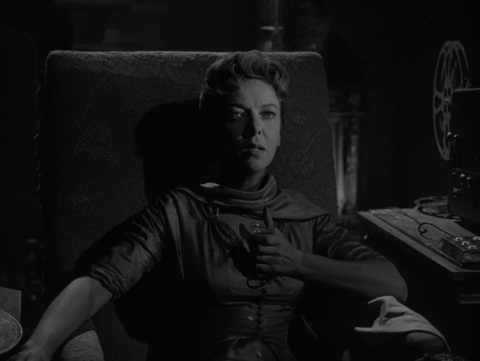 And here’s how he ends it:

To the wishes that come true, to the strange, mystic strength of the human animal, who can take a wishful dream and give it a dimension of its own. To Barbara Jean Trenton, movie queen of another era, who has changed the blank tomb of an empty projection screen into a private world. It can happen — in the Twilight Zone.

You don’t have to be Henry Bemis to know that’s poetry. So here’s to writing, Serling fans — writing that rings true. 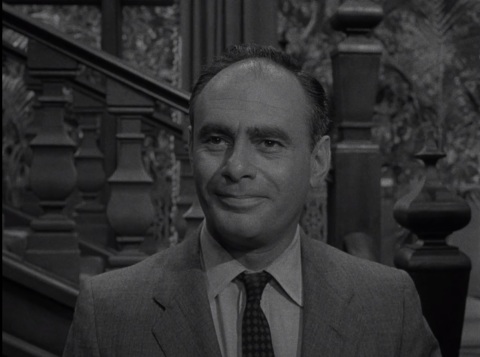 ← Spotlight on Season 4: “Passage on the Lady Anne”
Serling on Camera: Filming “the Star of the Show” →