My disappointment over Syfy ditching the July 4th marathon was, I’m happy to say, fairly short-lived. On July 5, I hit the road for “Serling Fest 2018” in Rod’s hometown of Binghamton, New York.

It was a first for me. I’d never been there before. 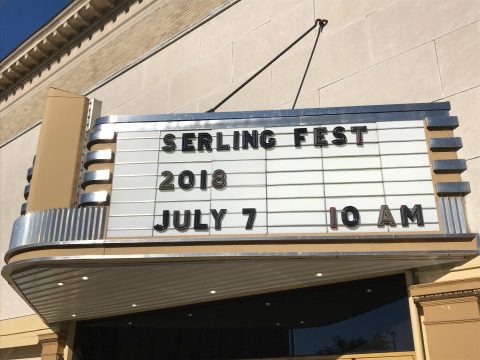 Surprised? I don’t blame you. Considering how long I’ve been fanning publicly over Serling’s work (starting when I set up my Twitter page in September 2010), you’d think I’d have visited long before now. But the timing or the money (or both!) was never right — until now.

It was a long drive (four hours one-way), but well worth it. It’s one thing to read about Serling’s childhood experiences, or to view pics online. It’s another to walk the streets he did and reflect on the fact that you’re in the very spot where, for all intents and purposes, The Twilight Zone was born. 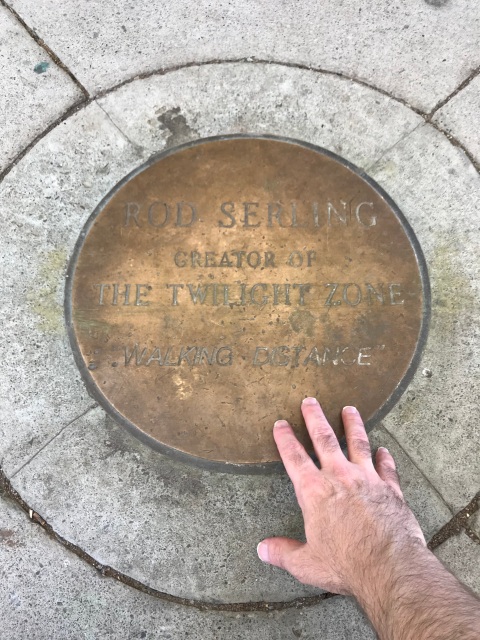 But not just the Zone. Serling wrote so much over his brief lifetime, both before and after TZ was on the air. That was evident at this year’s Fest, which marked the 60th anniversary of “The Time Element” (often heralded as the “unofficial” TZ pilot), and the 50th anniversary of “Planet of the Apes” (which Serling co-adapted for the screen with Michael Wilson).

I wish we could have screened “The Time Element“, but in a way, we got something better. We can, after all, watch the show any time. Participants at this year’s Fest, however, were able to hear a local troupe perform an early version of the script that Serling wrote for radio. 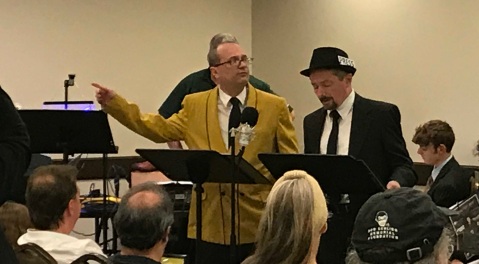 Ever wonder why he wrote such distinctive dialogue? It’s partly because of the many radio scripts that he penned long before he was writing for television. He was churning out words more than a decade before TZ ever hit the airwaves, and the practice really helped him hone his craft.

We did get a chance to watch “Planet of the Apes” right after Gordon Webb, an expert on the film’s production, spoke about how and what Serling contributed to the final product. I’ll do my own review of the film soon enough, but suffice it to say for now that Webb’s research proves Serling deserves full credit for its iconic ending. 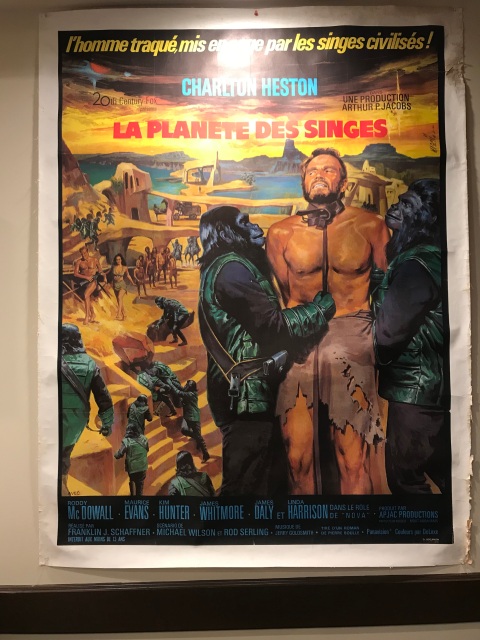 2018 also marks the 35th anniversary of “Twilight Zone: The Movie”, which we also screened. Now, you’d have been hard-pressed to find any enthusiastic fan of the film at the Fest. Some like it better than others, but all agree that, whatever its good points, it failed to capture the charm and beauty of Serling’s original.

Still, there’s no denying that it helped revive interest in the original series. And it introduced Serling to new audiences. So we can be grateful for that, at least. 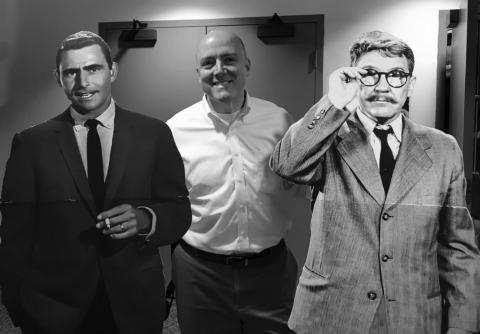 Far more entertaining was getting a chance to watch with everyone the three episodes they remade for the film: “Kick the Can”, “It’s a Good Life”, and “Nightmare at 20,000 Feet”. You’d think everyone would know these stories too well to sit through them again, but no. Their power is remarkable, no matter how many times you’ve seen them. 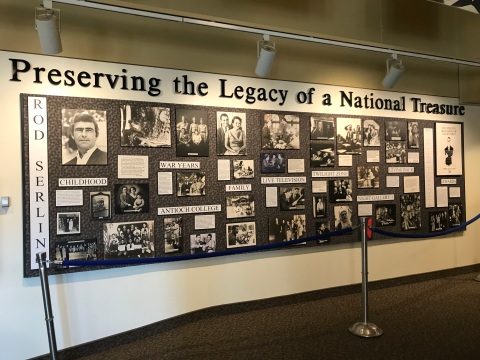 These authors know their stuff cold. You can imagine how much I enjoyed meeting them, discussing their work, and getting their autographs. My hat is off as well to Mike Pipher at the local Bundy Museum, who is a font of interesting stories and trivia about Serling.

But what could top meeting Serling’s daughter Anne, author of “As I Knew Him: My Dad, Rod Serling”? Sure, I already had a treasured, personalized autograph from her, but that was through the mail. I’d never seen her in person before. Getting a chance to talk to her, and hear her read from the touching memoir she wrote about her father, truly made this an event to remember. 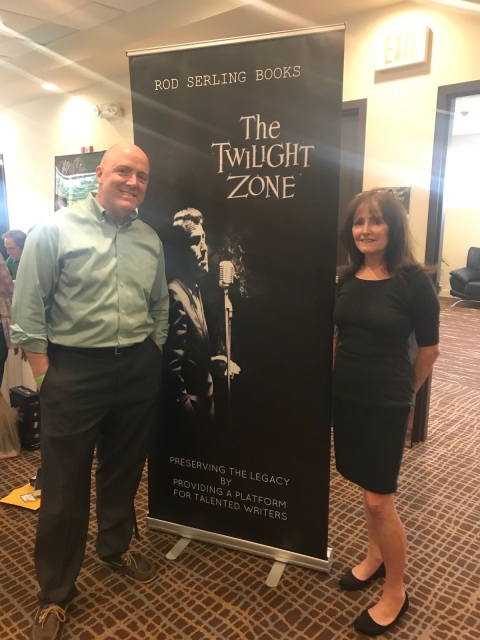 So did getting to visit Recreation Park, home of the bandstand and carousel that helped inspire the legendary TZ episode “Walking Distance”. The carousel recently got a TZ-inspired makeover, but otherwise, you’re seeing what Serling himself saw so many decades ago. 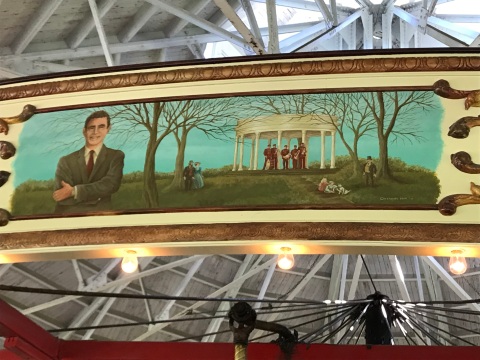 Enough for any trip, right? Definitely, but I wasn’t finished. I got a chance to visit the Twilight Zone Escape Room (which my team solved with barely a minute to go!) and to play a Serling trivia game and TZ “Jeopardy” with other knowledgeable fans. You can see why I hated to leave! 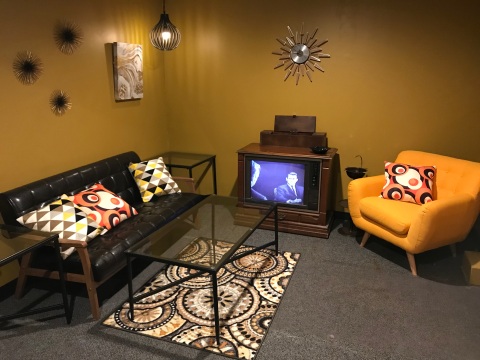 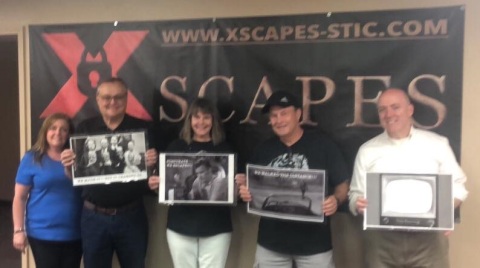 Next year marks the 60th anniversary of the Zone, and there’s talk of a bigger and better Fest then. Should be quite an event …