← Give Peace a Chance: TZ’s “The Passersby” Presents Us with a War-Time Dilemma
Fritz Weaver: “We Had Such Great Times In Those Days” →

Have you watched Black Mirror? Heard it described as a modern-day Twilight Zone?

For reasons I explained in a previous blog post, I can’t quite agree. Yes, they’re both trippy anthology series that take a hard look at the human condition. But there are some basic differences that — for me, at least — make the comparison ring hollow.

But I’ve said my piece. I’m bringing up Black Mirror today for a different reason. I’m writing this not so much for my fellow Serling fans as I am for anyone who’s watched Black Mirror, but not The Twilight Zone (or perhaps watched it a long time ago) and who’s wondering if some black-and-white series from the 1960s is worth checking out.

So my purpose here is simple: to recommend a few episodes that I think you, as a fan of Black Mirror, will enjoy — or at least find interesting. So without further ado …

A man walks into a small town, finds signs of life everywhere … but there isn’t a soul in sight. The pilot episode of the series focuses on his increasingly desperate search for who he is, where he is, and why the all-too-quiet streets and buildings are completely deserted. 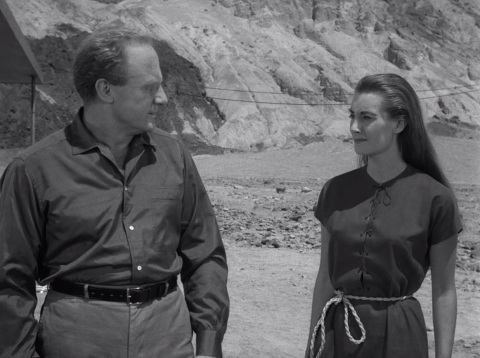 Prison is typically depicted as a dark, confined space. Well, what if you had a bright asteroid all to yourself while you serve that life sentence for murder? Even with lots of elbow room, though, you might want a little companionship — even if it comes in the form of a robot.

Does the thought of traveling to a different planet and meeting another race of people excite or frighten you? Sam Conrad definitely belongs in the scared camp. Nothing his optimist companion says can persuade him … until he actually meets that other race, and gets quite a surprise.

An operation to make you beautiful? Meet Janet Tyler, who’s determined to stop being a social outcast. This episode is so legendary that you may think you can skip it, but hold on. Even if the famous twist doesn’t surprise you, the quiet power of Rod Serling’s writing, expertly staged in shadow-drenched black and white, will leave its mark.

A man sits in a courtroom, convicted of murder. He’s sentenced to die in the electric chair. There’s just one problem. No, not that he’s innocent — rather, his insistence that this is all nothing but a dream. Worse, he says, it’s one that he has every night. Is he crazy, or is he right?

Dystopian futures don’t come much grimmer than the one Serling conjured in this landmark episode. A lone man, a librarian, stands convicted by a totalitarian state where books are outlawed and dissent is forbidden. The Chancellor, his accuser and judge, is glad to be rid of this troublemaker. But this humble librarian has a trick up his sleeve.

There you go, Black Mirror fans — six episodes to start you on your journey into the fifth dimension. With any luck, you’ll find them as addicting and entertaining as I and millions of other fans do. 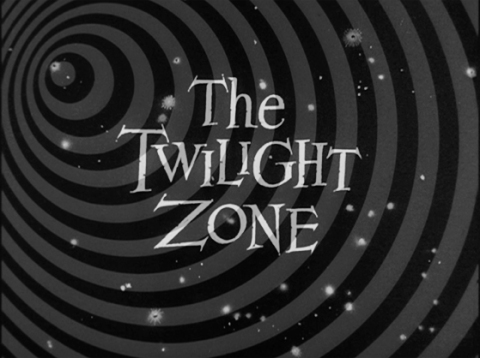 This half dozen, by the way, is only a small sampler. Another 150 episodes await you, on Netflix, Hulu, Amazon Prime, DVD and Blu-ray, as well as in reruns on SyFy, Me-TV and other channels.

“Fake fodder’s the only thing that works anymore,” yells one of the characters in Black Mirror‘s “Fifteen Million Demerits”. Well, The Twilight Zone is the real thing. And I think you’ll find that it works as beautifully now as it did over 50 years ago. Hope you enjoy it.

Posted on 10/21/2016, in Twilight Zone and tagged Black Mirror, Eye of the Beholder, People Are Alike All Over, Rod Serling, Shadow Play, The Lonely, The Obsolete Man, Twilight Zone, Where Is Everybody?. Bookmark the permalink. 12 Comments.

← Give Peace a Chance: TZ’s “The Passersby” Presents Us with a War-Time Dilemma
Fritz Weaver: “We Had Such Great Times In Those Days” →