The Case of the Missing Twilight Zone Season

“This is the way the world ends,” T.S. Eliot wrote in his poem The Hollow Men. “Not with a bang but a whimper.” Surely, though, the same fate should not befall The Twilight Zone?

Alas. 50 years ago today, on June 19, 1964, the last episode of the fifth season aired: “The Bewitchin’ Pool.” Even fans of this episode (and my most recent post showed that I’m not one) wouldn’t call this one a bang. Sorry, but this was no way for Rod Serling’s ground-breaking foray into the fifth dimension to conclude. 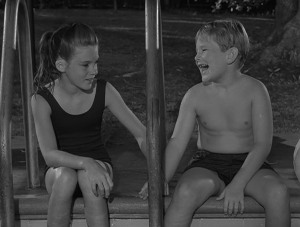 But that’s the thing: It wasn’t supposed to end at that point. At least not as far as Serling was concerned. He’d already been mapping out plans for a sixth season, and I can’t help but feel that the way he talked about it suggested an awareness that TZ needed a return to form of sorts after an interesting but uneven Season 5.

On February 5, 1964, at the mid-point of Season 5, Serling wrote to Aldon Schwimmer of Ashley Steiner, the talent agency that represented him, with what he planned to do for the new season. According to author Martin Grams:

He confessed the intention to do some very exciting two-parters. Serling had made arrangements to shoot in the Thousand Islands using a vast unfinished

island mansion called Boldt Castle, which he described as “the most incredible and eminently shootable piece of ruined masonry on the face of the earth.”

Serling acknowledged an invitation to visit the Vandenberg missile establishment, and he had intended … to do considerably more dabbling in the space exploration theme, “possibly utilizing some never-before-seen footage that would have been made available to us.”

In line with the emphasis on space, he planned to do considerably more extra-terrestrial stuff — stories that took place

on other planets. Not the “scaly monster business,” but some credible suspense items that Serling favored with extreme intensity.

Serling also explained that he received a rundown of several story properties never before available. … [He] felt positive that the new season would offer more excitement and a “new flavor.” He sent his proposal to Mike Dan of CBS Television for review.

I find it impossible to read that passage without mourning what might have been. It certainly challenges the conventional view of Serling as running out of gas as Season 5 unfolded. Yes, he admitted as much, saying that he’d written so much for so long that his perspective was shot. Season 5 did have its weak spots.

But Serling was also notoriously hard on himself. And the fact remains that Season 5 still showcased some excellent writing, from Serling’s “The Masks” and “I Am The Night — Color Me Black“, to Charles Beaumont’s “Living Doll” and “Number 12 Looks Just Like You”, to Richard Matheson’s immortal “Nightmare at 20,000 Feet“. 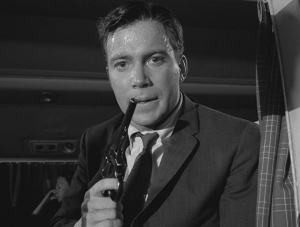 And it’s clear from the passage quoted above that Serling was determined to focus his fertile imagination and unique writing talents on some fascinating new story ideas for TZ. How any TV executive could review his proposal and veto it — especially in light of all he had already accomplished for five seasons — passes belief.

In “The Bewitchin’ Pool,” Sport and Jeb discover a welcome escape, a “never-never land” in Serling’s words, where they can play and eat and run, far from bickering parents. Surveying the vast wasteland that comprises most television past and present, it’s hard not to wish that we could dive into a pool that connects to a land where Season 6 of The Twilight Zone is real.

Sport and Jeb, Serling tells us, “found a secret place … in the Twilight Zone.” Would that we could join them. 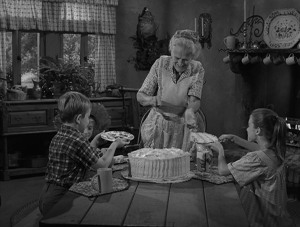 You can also get email notifications of future posts by entering your address under “Follow S&S Via Email” on the upper left-hand side of this post. WordPress followers, just hit “follow” at the top of the page.