← After the Zone-a-thon II
Matheson: Why I Named It “Spur of the Moment” →

10 Little-Known Facts About The Twilight Zone

No television series challenged the very notion of reality quite as artfully as The Twilight Zone. You could easily find yourself trying to figure out where you were, when you were, or even who you were. 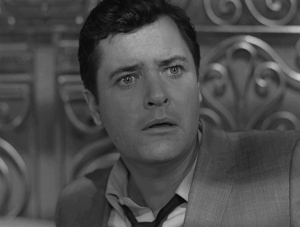 Here in our own dimension, matters tend to be a bit more concrete. Facts are facts. So here are 10 facts about Rod Serling’s brainchild that are familiar only to truly diehard fans (and perhaps regular readers of this blog and my Twitter page):

1) “There is a sixth dimension …” Wait, what? It’s true. When Serling first drafted his description of that elusive fifth dimension, he added an extra one … until the producer asked him to name the fifth.

2) Serling was not the first choice for narrator. They were setting their sights on such famous voices as Orson Welles, but in the end, they went with You Know Who. (You can hear how TZ almost sounded at this link.)

3) It was almost an hour-long right from the start. TZ spent one somewhat ill-fated season (its fourth) as an hour-long show, but it almost debuted at 60 minutes. Most of Serling’s proposed pilots were an hour long, which he felt “provides the most prestige.” In answer to a fan letter in September 1960, he wrote: “I share your feeling as to the length of The Twilight Zone. I, too, would prefer the hour format, but unfortunately the network has only the half-hour available.” 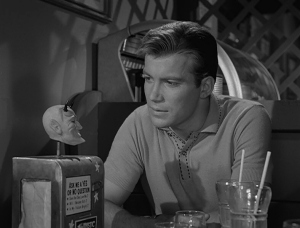 4) Serling’s on-camera introductions didn’t start until Season 2. However a Twilight Zone started, you could count on one thing: Shortly after meeting the main characters, the camera would whip-pan over to Rod, who would give us a hint about the mystery that lay ahead. But he didn’t make his first on-camera appearance (during a show, that is; he was doing on-camera “next week” promos from the start) until the conclusion of the Season 1 finale, “A World Of His Own.”

5) Only one episode was directed by someone who had acted in the series. Today, it’s not uncommon to see stars ducking behind the camera to try their hand at directing, but in the early ’60s, it was rare. Ida Lupino holds this distinction on TZ, starring in Season 1’s “The Sixteen-Millimeter Shrine”, then returning to helm Season 5’s “The Masks.” She was also the only woman to direct an episode.

6) Serling said “submitted for your approval” only three times during TZ’s entire run. Surprising, I know, but it’s true: He used this signature phrase in the introductions to “Cavender is Coming”, “In Praise of Pip” and “A Kind of a Stopwatch”. He DID say “submitted for your perusal” when presenting us with our first view of a Kanamit in “To Serve Man,” but in the remaining 152 episodes? Our approval is neither sought nor required.

7) It was the first TV series to dramatize the effects of a nuclear blast. And it came in one of the earliest and most famous episodes, “Time Enough at Last.” TZ viewers would come face to face with the potentially devastating effects of a Cold-War-Turned-Hot many times in the episodes ahead, but it all began with Henry Bemis finding joy, and then heartbreak, in the smoldering rubble.

8) It was the first to mention fighting in Vietnam. In the Season 5 opener, “In Praise of Pip,” Serling gives us the poignant tale of a father who gets a second chance to reconnect with his 10-year-old son. This despite the fact that said son is actually a young soldier then fighting thousands of miles from home in the jungles of Vietnam. This episode first aired nearly a year before the Gulf of Tonkin incident, which was the first time many Americans had even heard about the hostilities there.

9) It was among the first to feature black actors. When Serling wrote “The Big Tall Wish” for TZ’s first season, television was still a diversity-free zone. Black actors were not unheard of, but they were far from a common sight. It would be another two years, in fact, before CBS instituted an official policy that called for hiring more black actors. But here, as in other areas, Serling was ahead of his time.

10) It was technically cancelled after three seasons. Twilight Zone with no Talky Tina? No gremlin on the wing of the airplane? No special masks given out on Mardi Gras? Hard to imagine, but it almost happened. (Or didn’t happen, to be precise.) Twilight Zone was late finding a sponsor for Season 4, and CBS simply scheduled another program in its place. Only after a last-minute scramble was it restored as an hour-long, mid-season replacement before reverting to a half-hour for its fifth and final season.

“The half-hour form is a fact of life,” Serling said before Twilight Zone‘s debut. “We might as well try to do something meaningful with it.” There can be no doubt that they did just that — which, for my money, is the best fact of all.

Posted on 02/26/2014, in Twilight Zone and tagged A Certain Kind of Stopwatch, A World of His Own, Cavender is Coming, In Praise of Pip, Rod Serling, The Big Tall Wish, The Masks, Time Enough at Last, Twilight Zone. Bookmark the permalink. 6 Comments.

← After the Zone-a-thon II
Matheson: Why I Named It “Spur of the Moment” →